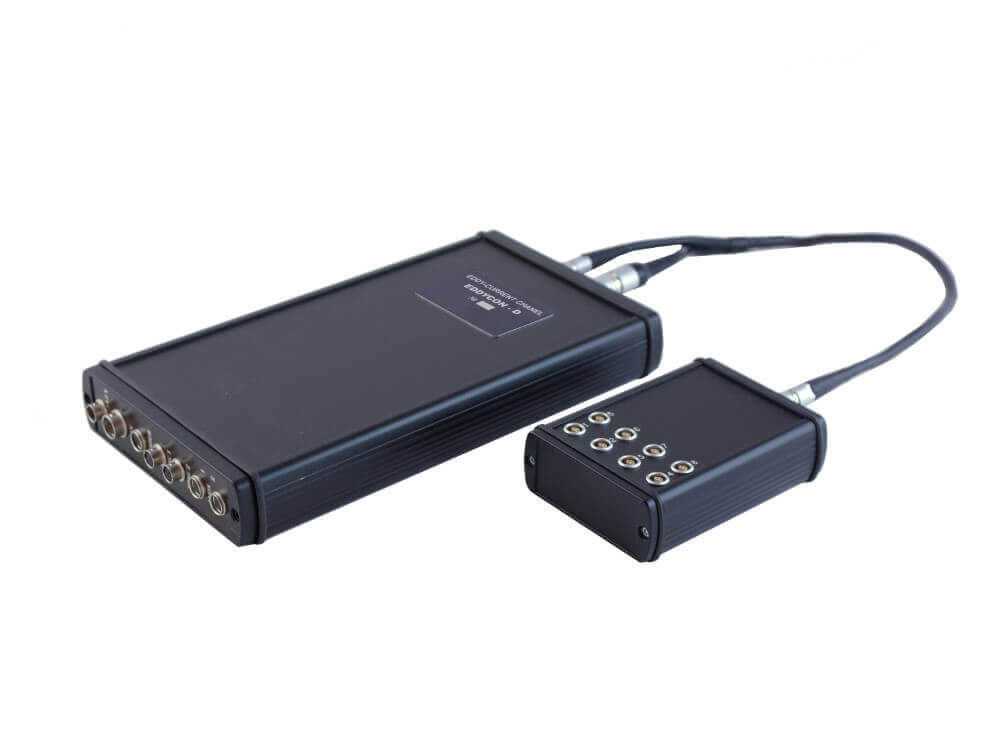 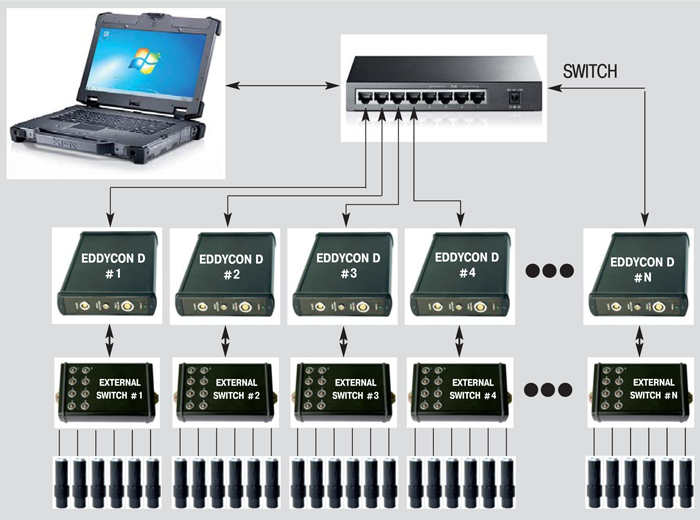 The Eddycon D is featured with:

GET A QUICK QUOTE FROM US TODAY

Program for Setting up the EC Channel 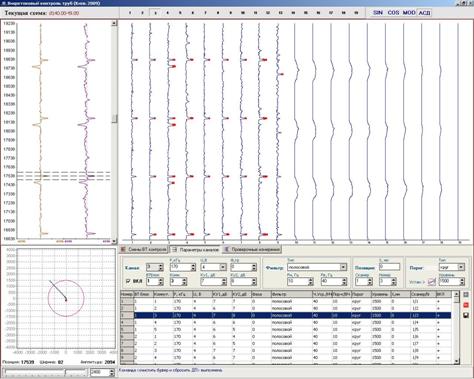 Interface example of a program for setting-up the EC channel

Interface example of program of testing

Program for Reviewing the Testing Results

Interface example of a program for reviewing the testing results

By designing special-purpose scanners, as well as including the EDDYCON D channel as a part of automated NDT systems makes it possible more effectively to solve the flaw detection tasks for various metal parts and units in different industries.

Eddy current nondestructive testing equipment can be used as the basis for creation of various machinery-dedicated automated systems. OKOndt engineers have developed an eddy current system for testing the cylindrical bearing rollers on the basis of the Eddycon D flaw detector. This system provides a possibility to get excellent results in detecting artificial defects of 0.75 mm length, 0.05 mm width and 0.05 mm depth with at least 10 dB signal/noise ratio.

Moreover, the guideline documents regulate the procedure of the automated eddy current testing of rails during their production. To solve this task, in turn, it is indispensable to use eddy current flaw detectors in high-performance systems that are capable of acquiring and processing data, as well as results and commands displaying for controlling the mechanics in real-time mode.

Functional capabilities of the Eddycon D eddy current flaw detectors allow to build systems of a similar type by increasing the amount of flaw detectors for reaching the required output.

Eddy current method is used to perform a high-output nondestructive testing of the aircraft wheels made of nonmagnetic materials (aluminum and magnesium alloys) with complex profile. Defects with the following parameters can be detected: length - 1.5 mm, width - 0.1 mm and depth - 0.76 mm, that is regulated by the normative documents of majority of the world-renowned aircraft wheels manufacturers. 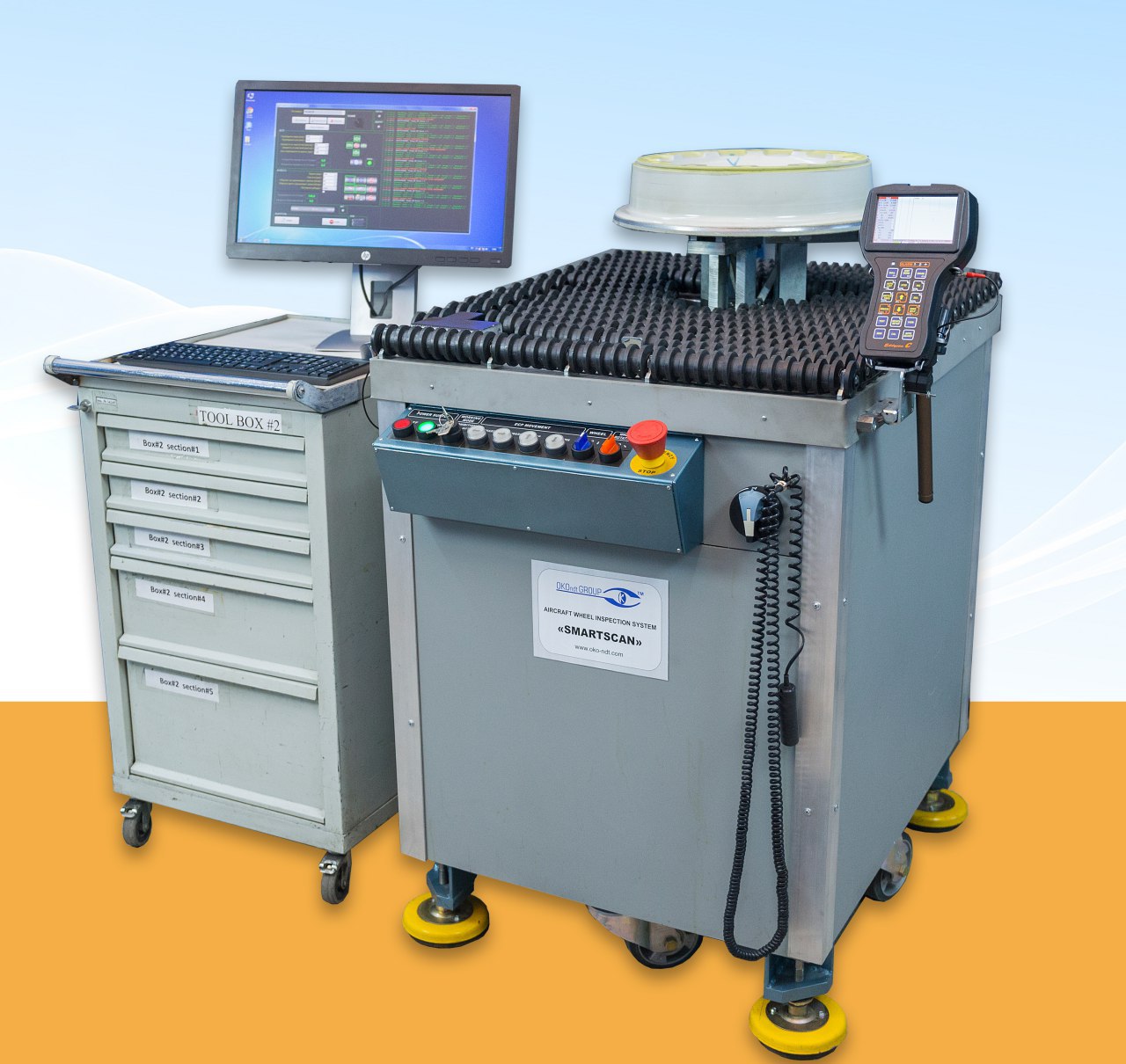 SMARTSCAN Aircraft Wheel Inspection System is intended for testing the aircraft main and nose wheels made by various world manufacturers.

In the SMARTSCAN-FA modification, the Eddycon D eddy current multi-channel flaw detector is used together with a single coil ECP.

The VD-301 ND-IIIE is the automatic eddy current flaw detector intended for the surface defects detection in the outer bearing rings used in the axle boxes of railroad carriages.

The flaw detector can be widely used at the railroad carriages building and repairing plants, depots, other railroad transport organizations.

3 eddy current multi-channel flaw detectors Eddycon D in combination with 3 external switches and 64 ECPs are realized in this System. 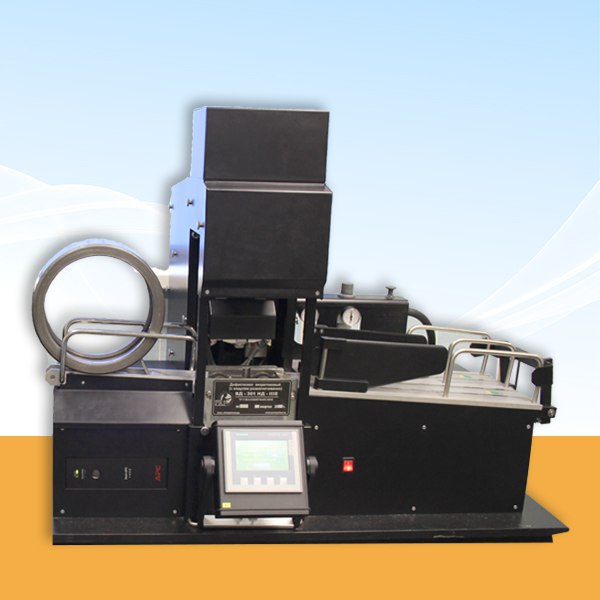 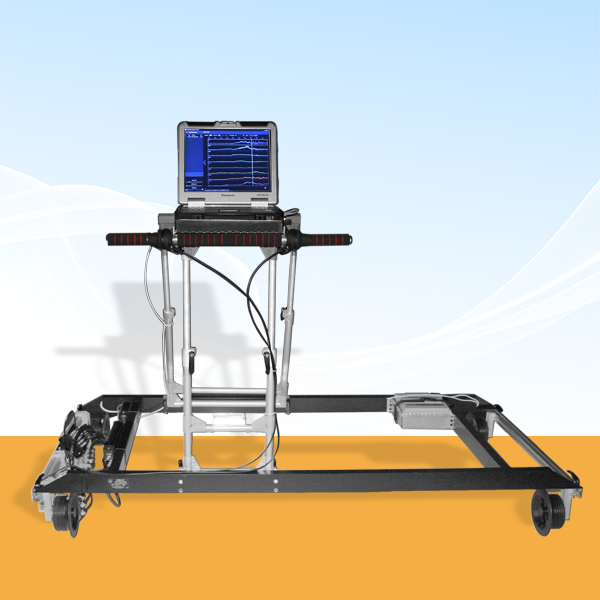 ETS2-77 eddy current single-rail flaw detector is a mechanized scanner which is intended for manual eddy current inspection of a rail head active face and running surface of rails laid down in a track, for the presence of surface cracks.

The Eddycon D eddy current multi-channel flaw detector, switch and 8 ECPs are implemented in this System. 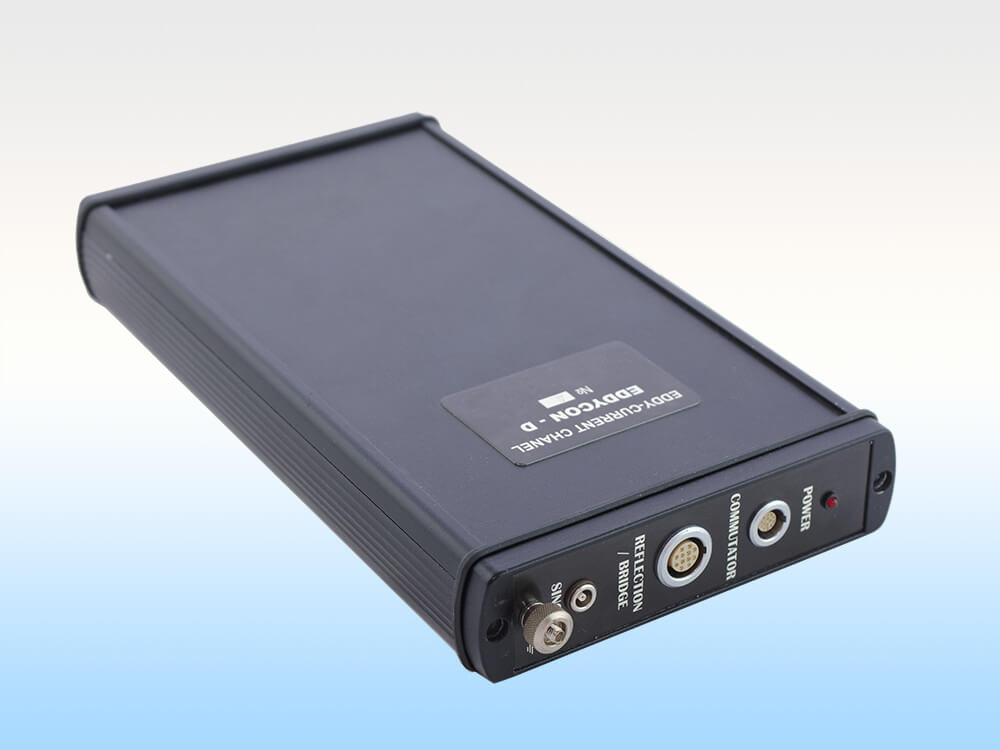 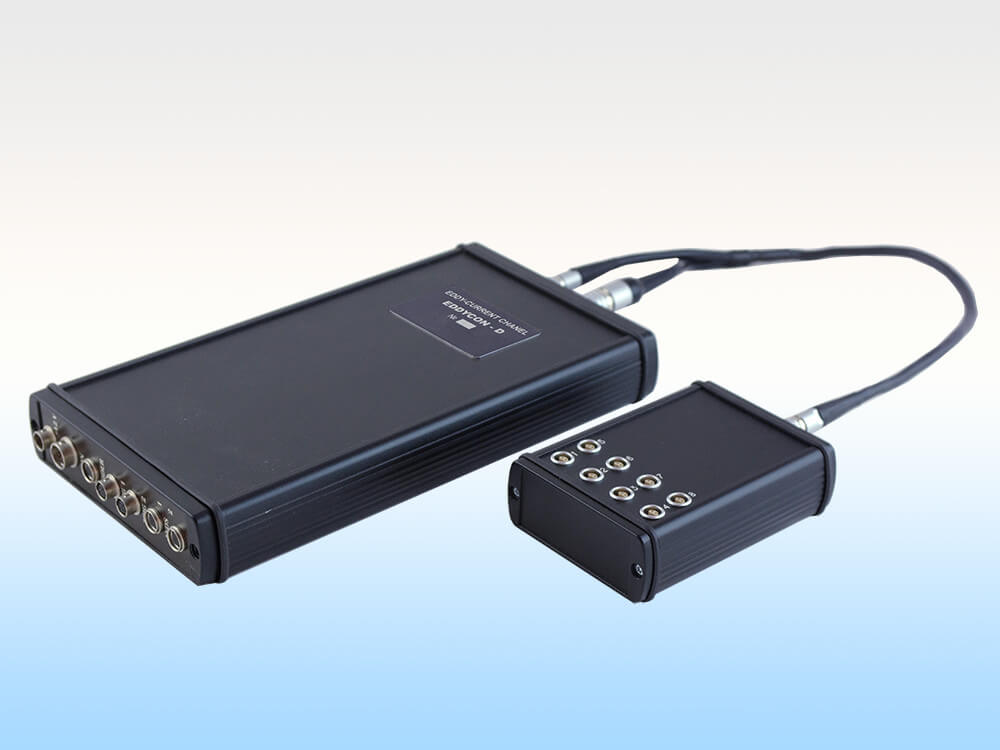 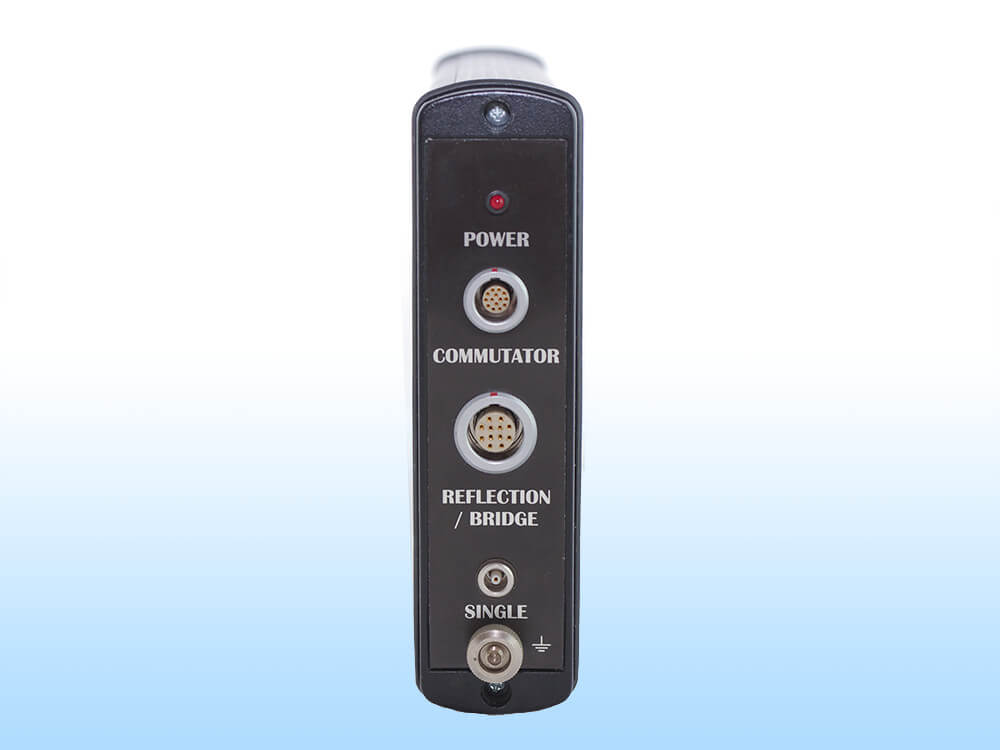 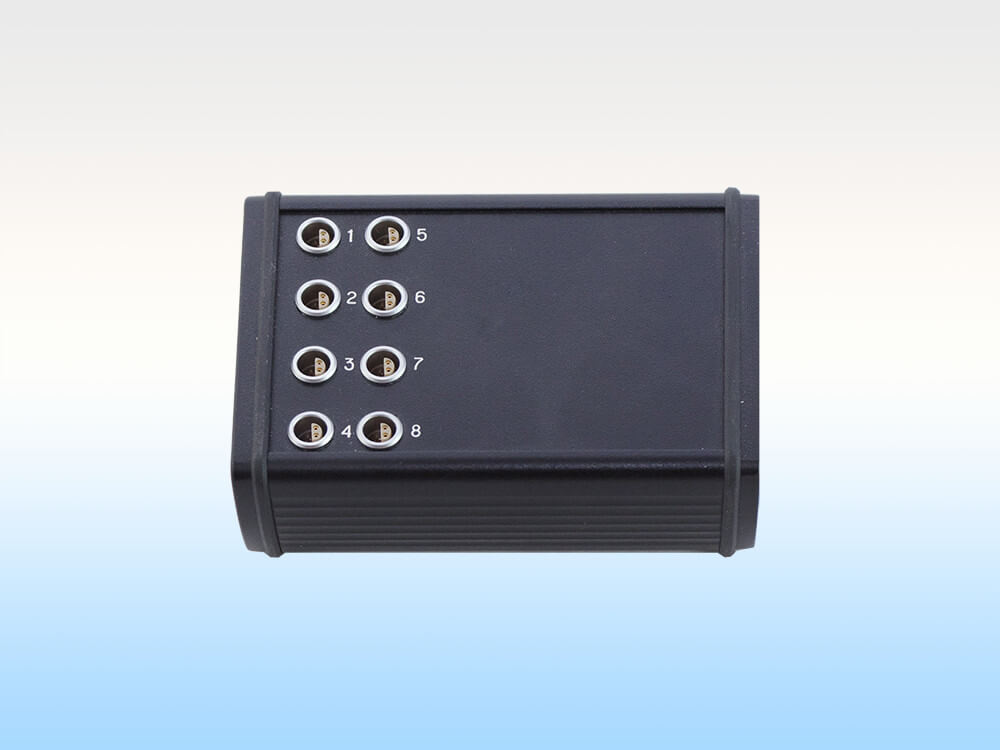 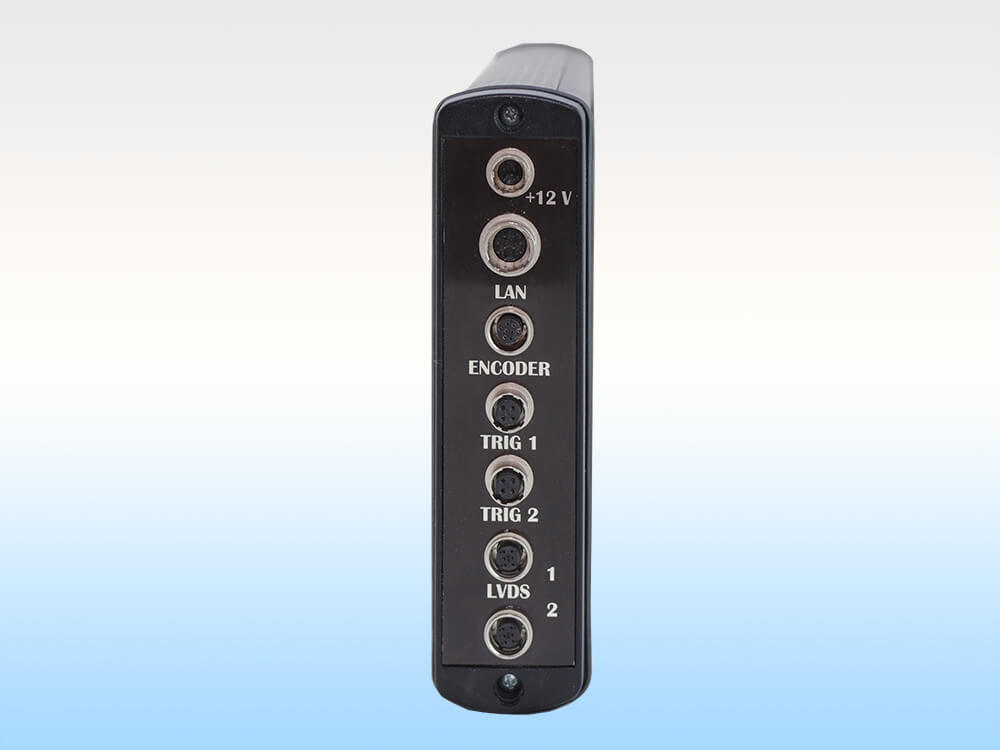 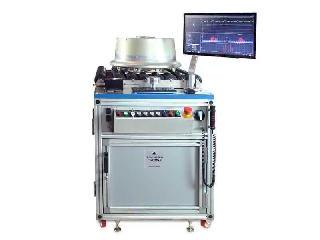 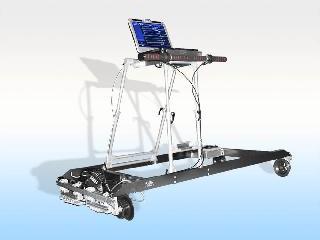 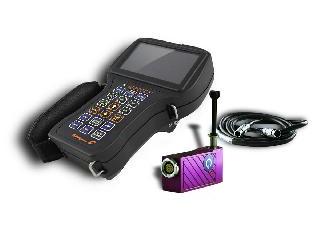 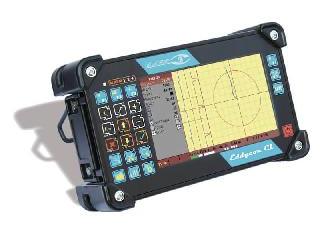 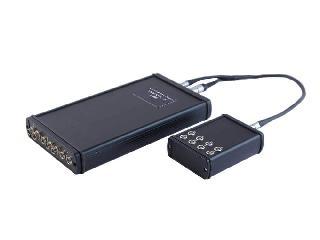