Non-destructive testing of rails and welds

The strength and reliability of rails during their operation is crucial for the railway industry. This is connected to the fact that the development of defects and violations of the strength characteristics of the rails may lead to their breaking or even to railway crashes. Long-term operation of rails showed which defects were mainly developing (see UIC Code 712 R) and, of course, this may seriously affect the safety of the railway transportation. The scientific and industrial enterprises which provide in-service non-destructive rail testing constantly improve both the testing methods and the inspection results analysis technology to ensure timely detection of not only critical defects, but also defects that have started their development.
For this purpose, the research and production company OKOndt GROUP has developed a series of ultrasonic and eddy-current rail flaw detectors. 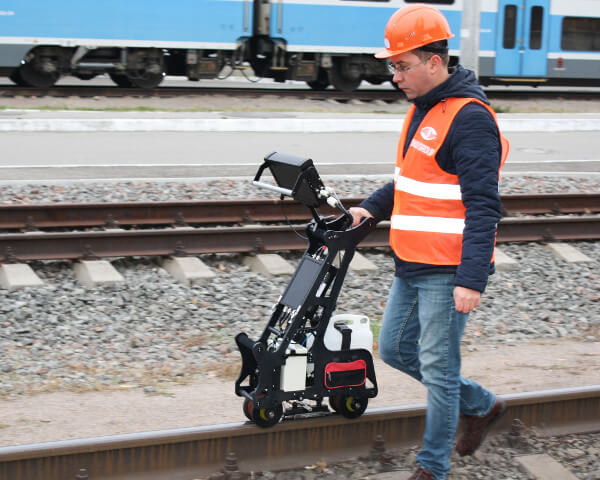 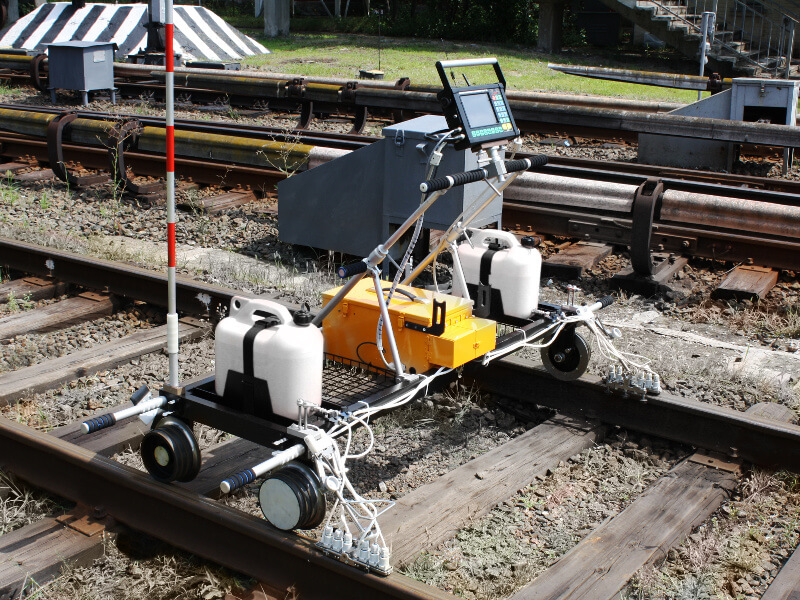 Railway tracks are inspected by ultrasonic high frequency waves, usually the ultrasonic waves with a frequency of 2 to 5 MHz are used to inspect rails.
Since the defects in rails have different nature (direction of development, manufacturing defects, operational defects), different angles of ultrasound input into the rail and various sounding schemes and testing methods are used, for example: echo method, echo-shadow method, tandem methods.
Besides that, the manufacturers of ultrasonic rail testing equipment for the effective and efficient defects detection implement different types of data output to the screen, for example: A-scan, B-scan and their various combinations.
The variety of testing methods and sounding schemes, as well as various types of data visualization make it possible to effectively and with great probability detect the defects at different stages of their development.

In the rails head acting surface, as well as on the rail head running surface the quenching cracks may be developed in the process of the rails exploitation. This type of defect appears on the rail surface and develops to the depth with some time.
Timely detected and assessed defect depth in the rail head and on the head running surface allow to extend the service resource by the rail profile recovery with the grinding machines.
The eddy-current method application in this case is justified not only by a possibility to detect flaws but also by their assessment. 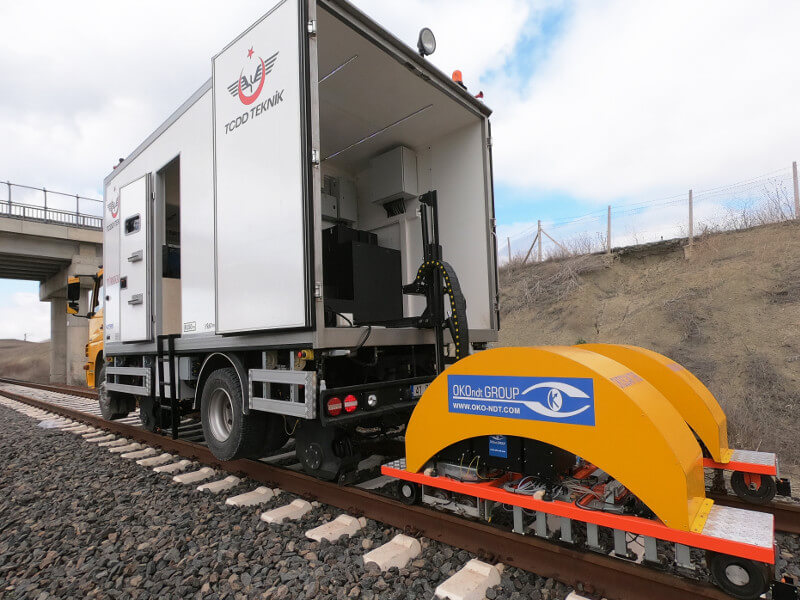 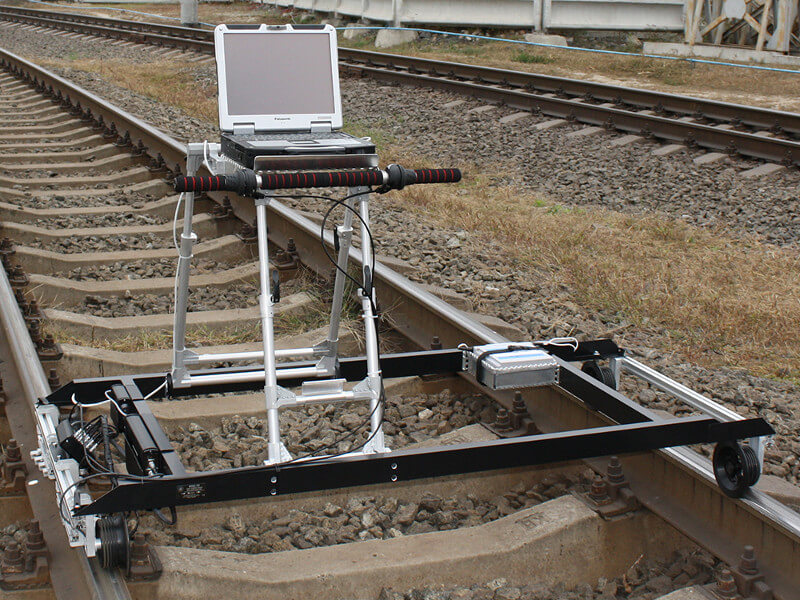 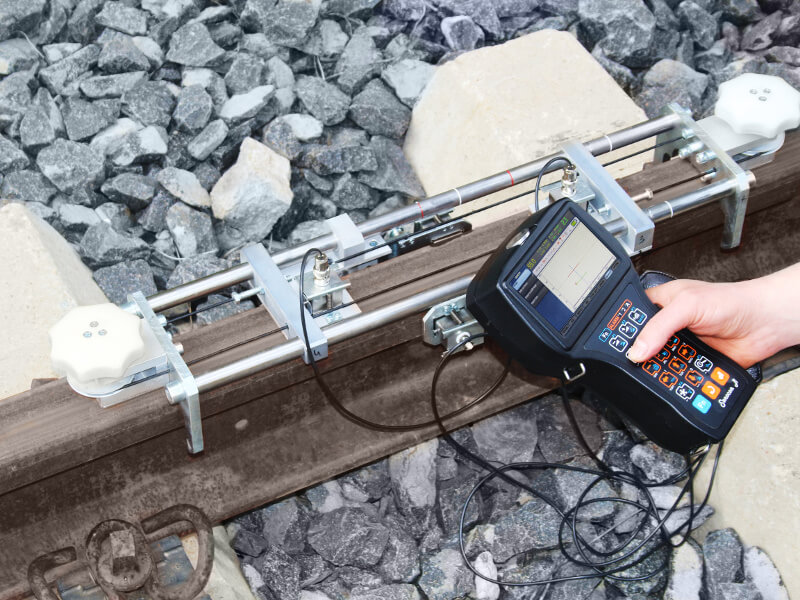 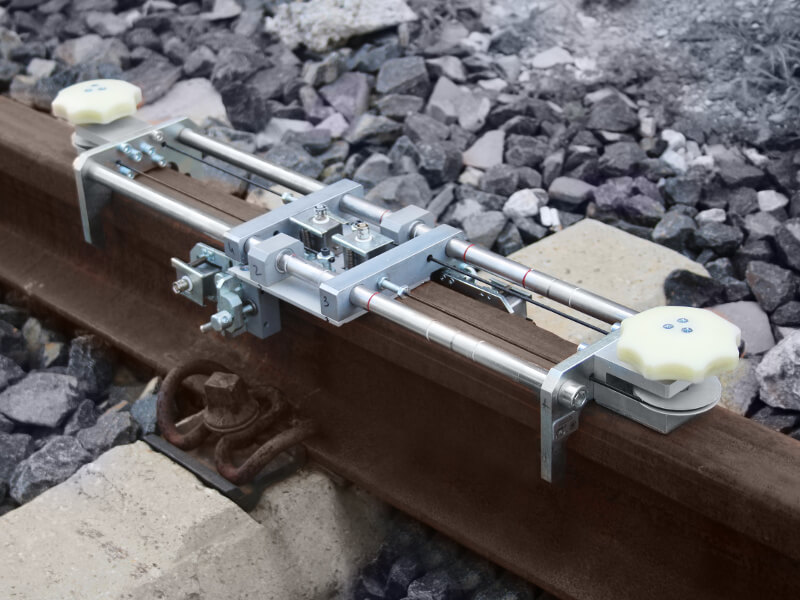 Manual inspection and ultrasonic testing of rails implies using a hand-held ultrasonic flaw detector (Sonocon B) plus a set of ultrasonic transducers and a special scanning device (USR-01) with the help of which it is possible to carry out a secondary testing of railroad tracks laid, according to the results of mechanized inspection by ultrasonic or combined ultrasonic rail flaw detectors and flaw monitoring and detecting railcars, as well as for the pre-weld inspection of the end sections of new and used rails before welding them at rail welding enterprises or monitoring joints welded by electrocontact or aluminothermic method. 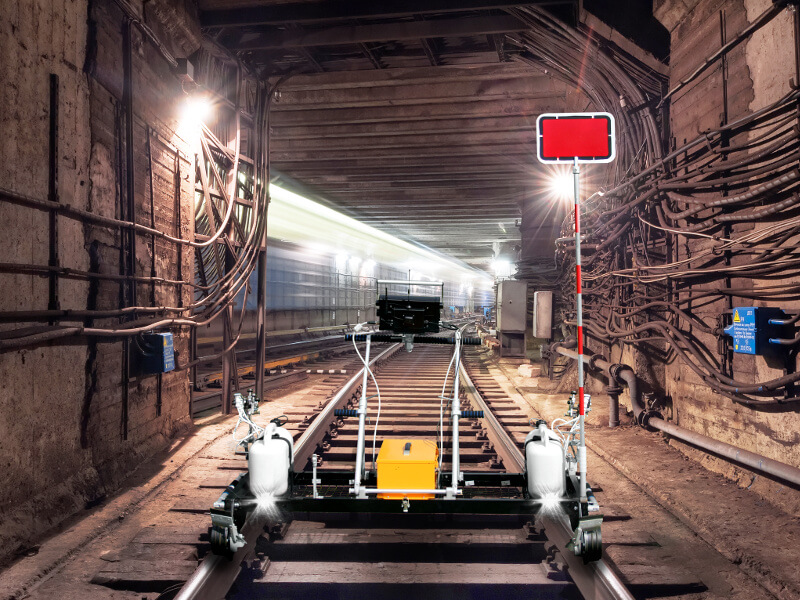 This type of testing involves the use of mechanized trolleys, which are moved by operator. There are two types of trolleys exist: 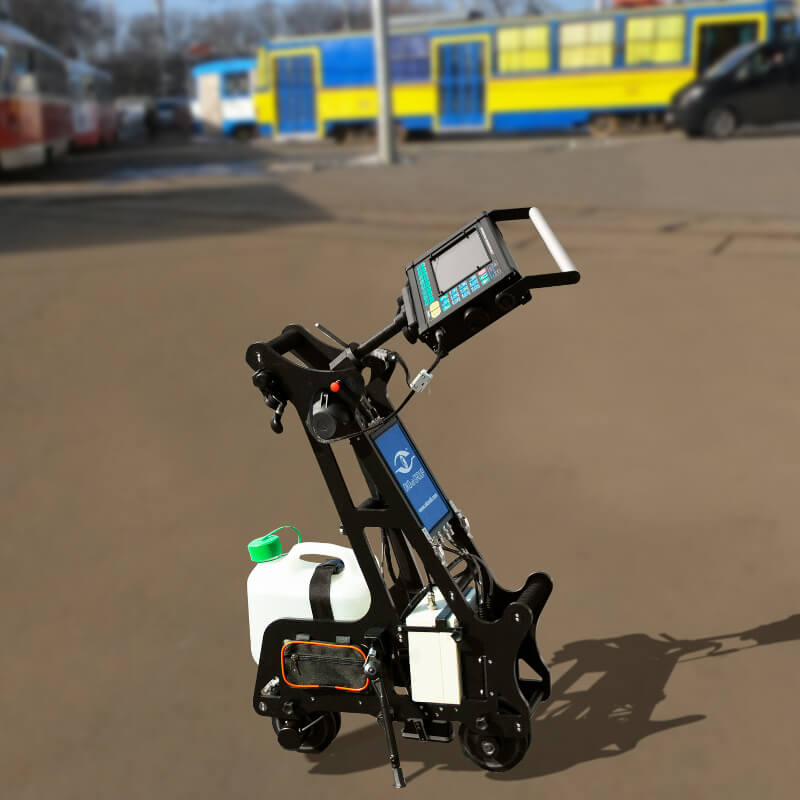 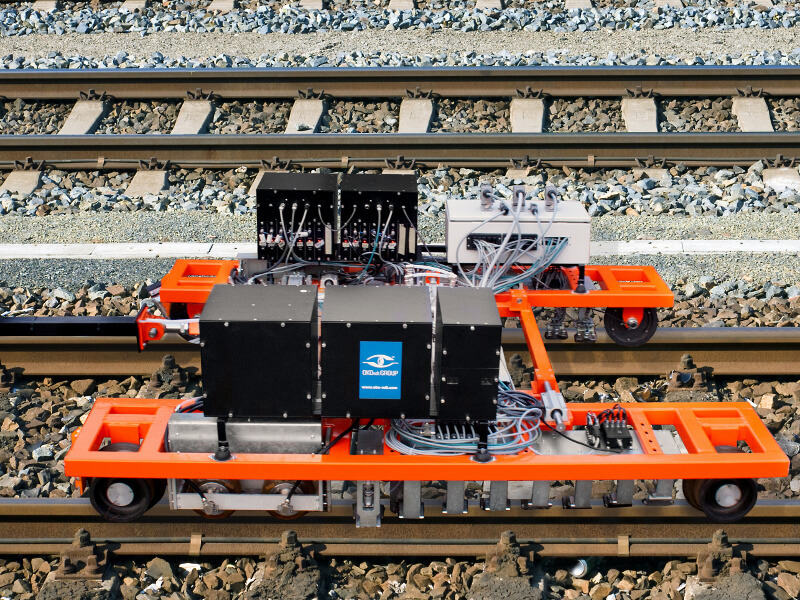 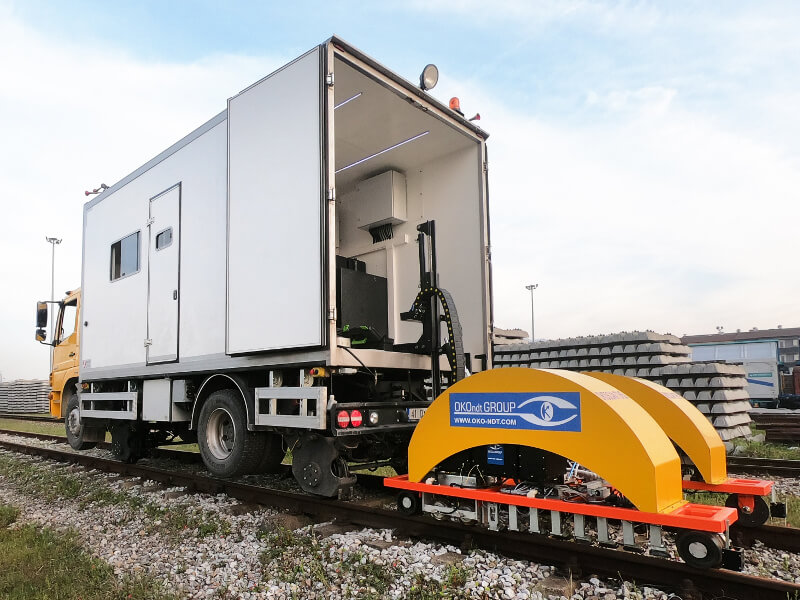 This technology lies in the fact that the ultrasonic testing of railway tracks is carried out by means of high-speed transport systems (vehicle, wagon or rail car) without stopping along the assigned route; this allows you to inspect areas exceeding 100 km per shift.

After that, the monitoring data is sent and analyzed in a remote location. Once the data has been analyzed and potentially dangerous sections of rail are revealed, the report is sent to the operators who are conducting confirmatory checks with the help of manual or mechanized flaw detectors.