Evaluation of the surface cracks depth in the metal products

Both the manufacture defects – the ones that appear in the process of production – and in-service defects of fatigue type may develop (fig.1) in various metal products. The cracks may develop at different angles to the surface growing to considerable depths thus causing the threat of a product breaking when in service.

The task of these defects detection can be resolved by a number of testing methods. For instance, magnetic particle, eddy current, ultrasonic and others.

The task of cracks depth evaluation is as important as defects detection is. Defects depth evaluation may be in demand in those industries where the repair of parts and products using the methods of mechanical treatment is required: turning, polishing, milling and others. Based on the value of a defect depth a decision about the utility of a part repairing can be taken, that in turn will allow to considerably decrease the costs if compared to the part replacement.

Cracks depth can be also measured by the ultrasonic TOFD or delta method . However, their usage requires much effort and operator’s experience in comparison with the eddy current method. At the same time, the ultrasonic testing method allows to perform measuring the height of a crack not only on the scanning surface but also on the opposite side, and even of internal cracks. That is why for cases when there is no access to the surface from which a crack has started to develop, as well as for the internal cracks, it is recommended to use the ultrasonic method of testing; and to evaluate the depth of cracks developing from the test surface it is advisable to use the eddy current method.

To date, the task of evaluation of the crack-type defects is vital in such industries as

Taking into account the evident advantage of the eddy current method when dealing with crack depth evaluation and understanding the importance of this feature for industrial enterprises the developers of OKOndt implemented in their portable devices Eddycon C and Eddycon CL, as well as in some mechanized systems, the possibility to estimate defect depth, in millimeters. The correct operation of this feature requires a preliminary calibration using a calibration block. In typical cases either the flat block (fig. 2) or a flawless fragment of the test object with the artificial flaws on its surface may be used (fig. 3).

After having performed a few simple calibration procedures, the device will calculate the depth of the surface defects in millimeters in accordance with the calibration curve that has been already built (Figure 4). 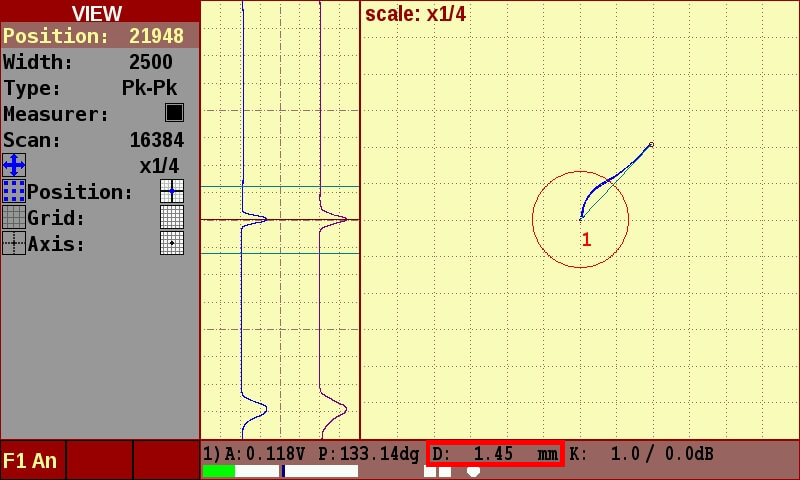 Figure 4. Flaw detector’s readings at the defect crossing on the test object

Therefore, the decision about the repair or replacement of a part is taken.

Cracks depth evaluation allows to optimize the repair and replacement processes of the industrial equipment without compromising the safety of its operation.

Using eddy current devices with the crack depth evaluation feature enables the enterprises to get a considerable economic feasibility due to a more effective inspecting of their equipment and cutting service-related expenditures. As for the railroad transport, piping and power industries – knowing the exact data about the depth of a detected crack allows to timely take the required measures thus preventing serious problems, and even disaster, that may be caused by the damaged object.