On 14 - 18 September Odessa, a beautiful sea city, hosted the 23rd International Conference entitled Non-destructive testing and monitoring of technical condition. The event was dedicated to the 30th anniversary of Ukrainian Society for Non-Destructive Testing (USNDT) and was carried out at high scientific, technological and organizational levels.

The scientists, research associates of the institutes taking up the NDT issues such as E.O.Paton Institute of Electric Welding of the National Academy of Sciences of Ukraine, Ukrainian Scientific and Research Institute for Non-Destructive Testing (UkrSRINDT), STC «Termokontrol» of Kharkiv National University of Radio Electronics, SE «Koloran» of L.V.Pysarzhevskyi Institute of Physical of the National Academy of Sciences of Ukraine attended the Conference. As well as specialists from industrial enterprises and organizations: Moldavian Society on NDT and TD, Odessa Port Plant, SPE «Ultracon-Service», SE «Antonov», PJSC «Zaporizhstal», Introscop NDT SRL, Khimlaborreaktiv LLC, SPF «DP-Test», “SPF “Diahnostichni Prylady” LLC, “Novotest” and others took part in the Conference. 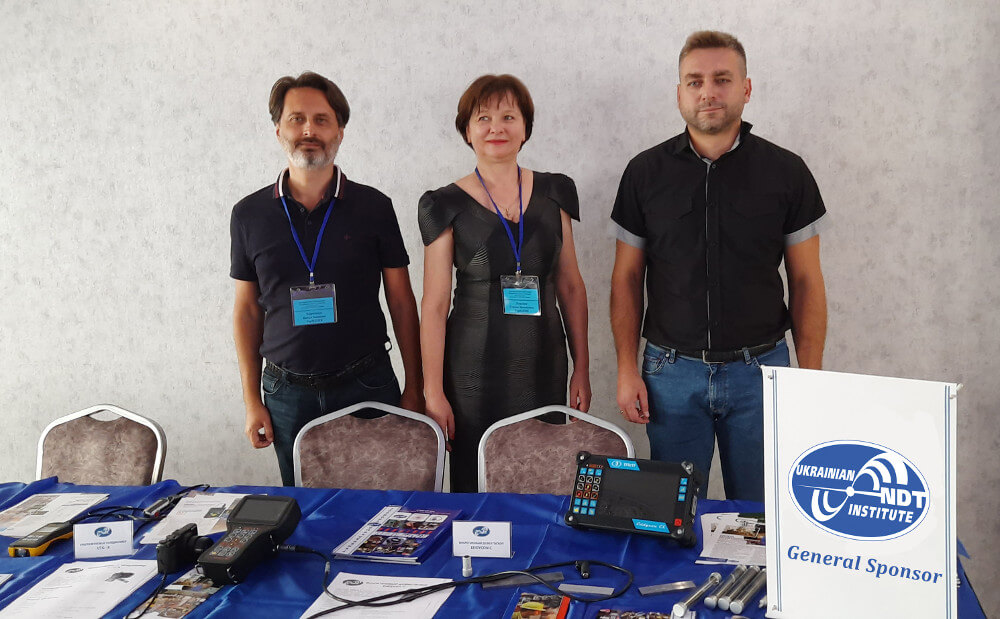 The Conference was opened by the academician of NAS of Ukraine, Doctor of Physical and Mathematical Sciences, acting Director of E.O.Paton Institute of Electric Welding, I.V. Kryvtsun. Then Т.М. Lutsenko, Director General of the group of companies OKOndt Group, which includes UkrSRINDT–General sponsor of the Conference–welcome the guests of the forum. 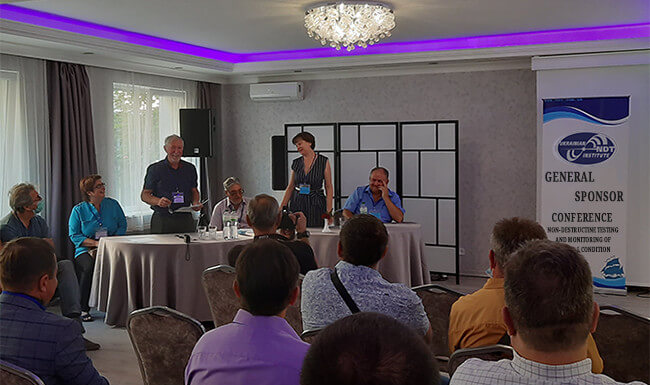 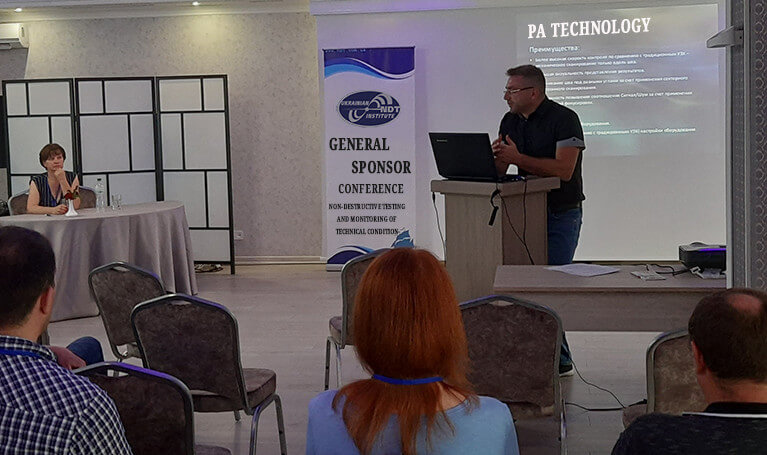 During the Conference, numerous reports on vital NDT issues were heard. In particular, the following topics were discussed: «Complex Testing of Welded Joints Using PA + TOFD Technologies», «Heat Flaw Detection of Composites», «Implementation of an Automatic System for Monitoring and Diagnosing the Technical Condition of Gas Cleaning Fans in Open-Hearth Furnaces», «Investigation of the Impact of Risk Sources on the Technical Safety of Welded Structures In Service», «Methods of Defect Detection in Pipes Under Coating», «Flaw Detection of Non-Magnetic Materials by РТ-МРI Combined Method», «Elaboration and Implementation of Materials for Penetrant and Magnetic Particle Flaw Detection not Containing Hazardous Components», «Problems of Monitoring of Technical Condition of the Rolling Stock of Ukrainian Railways», «Development of Methods and Means of Ultrasonic Testing in the Production of Large Diameter Electric-Welded Pipes», “Innovative Technologies of Eddy Current Testing of Structures Made of Ferromagnetic Steel». 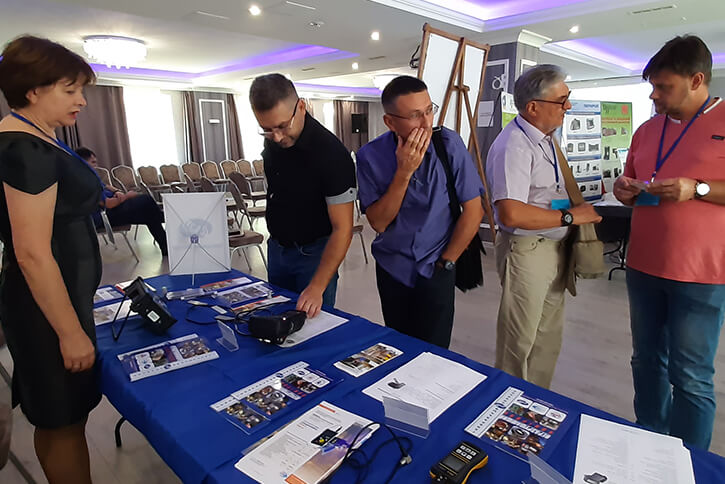 Unfortunately, the epidemiological situation did not allow all the invitees and participants to attend the Conference. The Head of Attestation Centre in NDT V.O. Tsechal, who recently celebrated his 90th anniversary, the celebration of which was planned in the cultural program of the Conference, could not come. Mr. Tsechal sent a traditional poetic welcome speech to all the participants of the Conference, which was read out during the official part.

Both the Conference and Exhibition were a success. The NDT specialists discussed the presented reports, exchanged the results of researches and shared the vision of the development of the field under the current conditions.

Ukrainian forums on non-destructive testing have become a good annual tradition. So, OKOndt Group hopes that Covid-19 will be defeated soon, and the traditional May Conference and Exhibition "Non-Destructive Testing 2021" in Kyiv will be held. We also hope to hold the conference in Odessa as scheduled, which will allow specialists to get together again, exchange new ideas on the further development of the NDT in Ukraine.